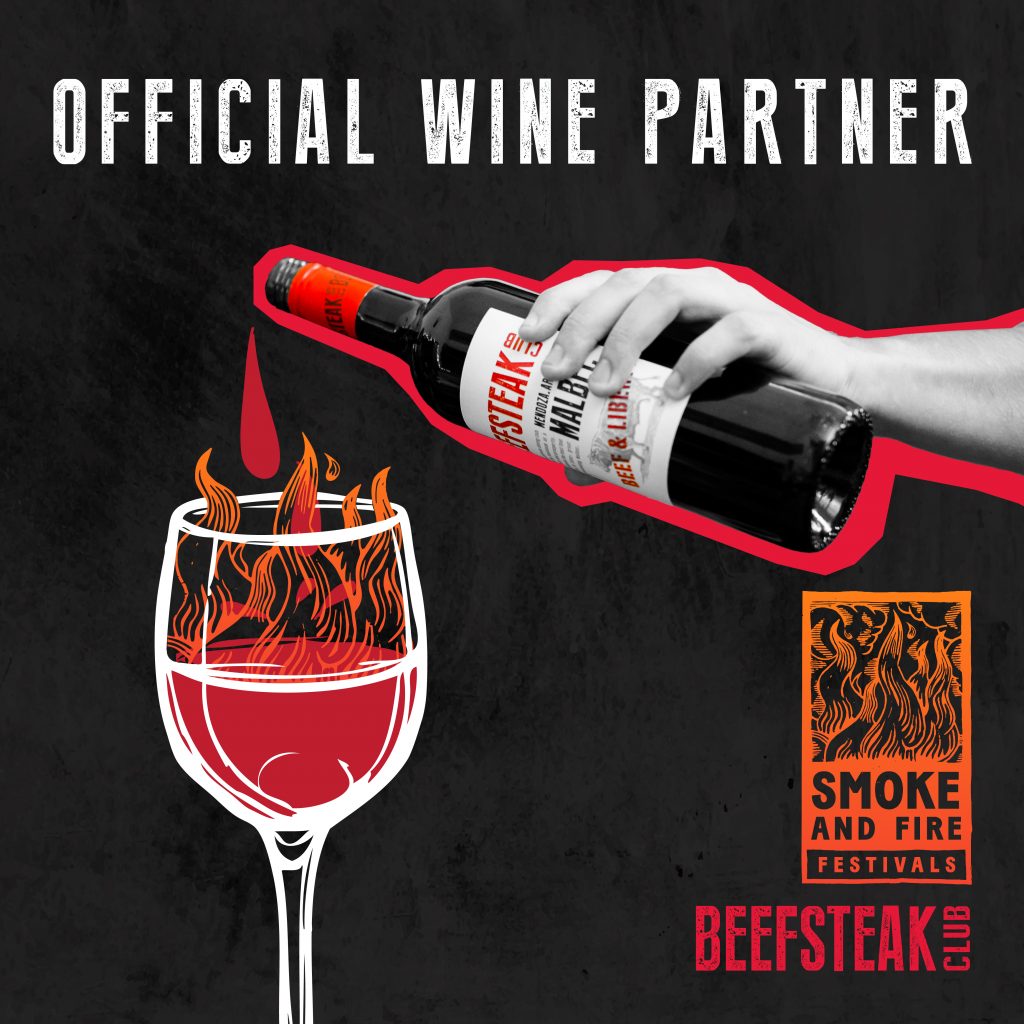 Beef Up Your BBQ Steak with Beefsteak Club & BBQ Lads! We’ve joined forces with Instagram BBQ legend Hilary of @BBQLads to bring you this delicious recipe for Korean style BBQ beef ribs. Fire up the grill and invite your friends round, this dish is a winner! Cooked on a Char-Broil Gas2Coal 2.0 barbecue and […] 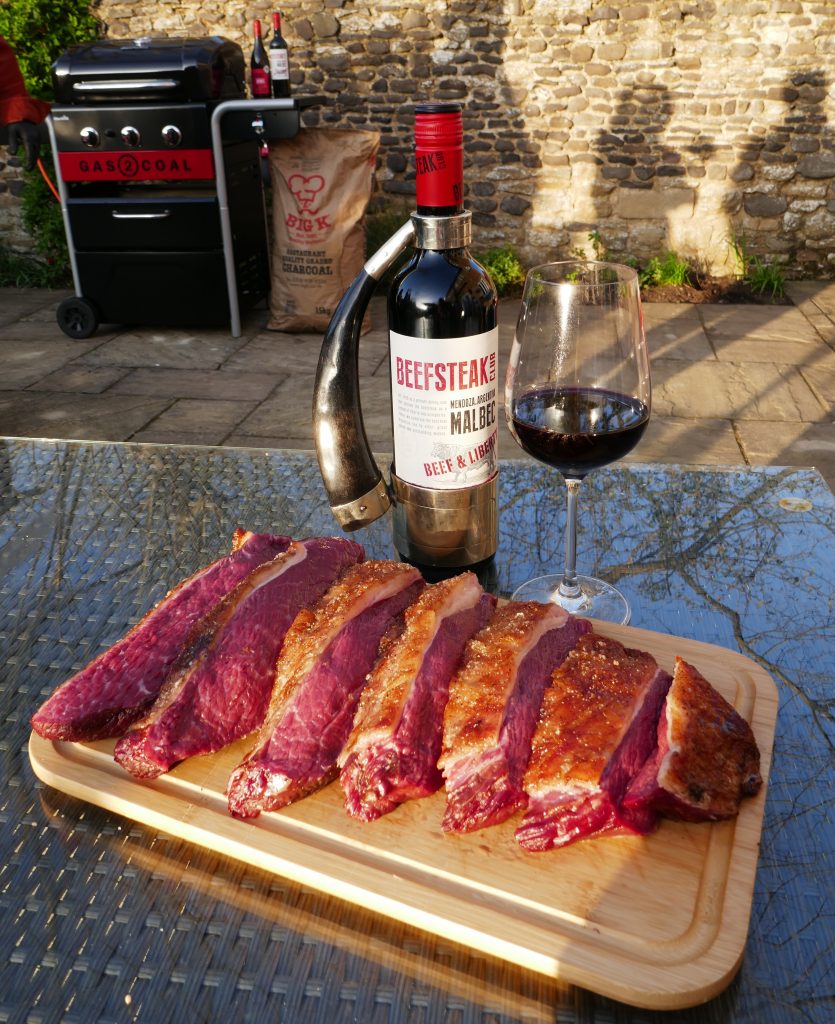 Beef Up Your BBQ Steak with Beefsteak Club & BBQ Lads! We’ve joined forces with Instagram BBQ legend Hilary of @BBQLads to bring you this delicious recipe for a barbecued picanha steak. Fire up the grill and invite your friends round, this dish is a winner! Cooked on a Char-Broil Gas2Coal 2.0 barbecue and fueled […]

The Synergy of Sip + Sizzle 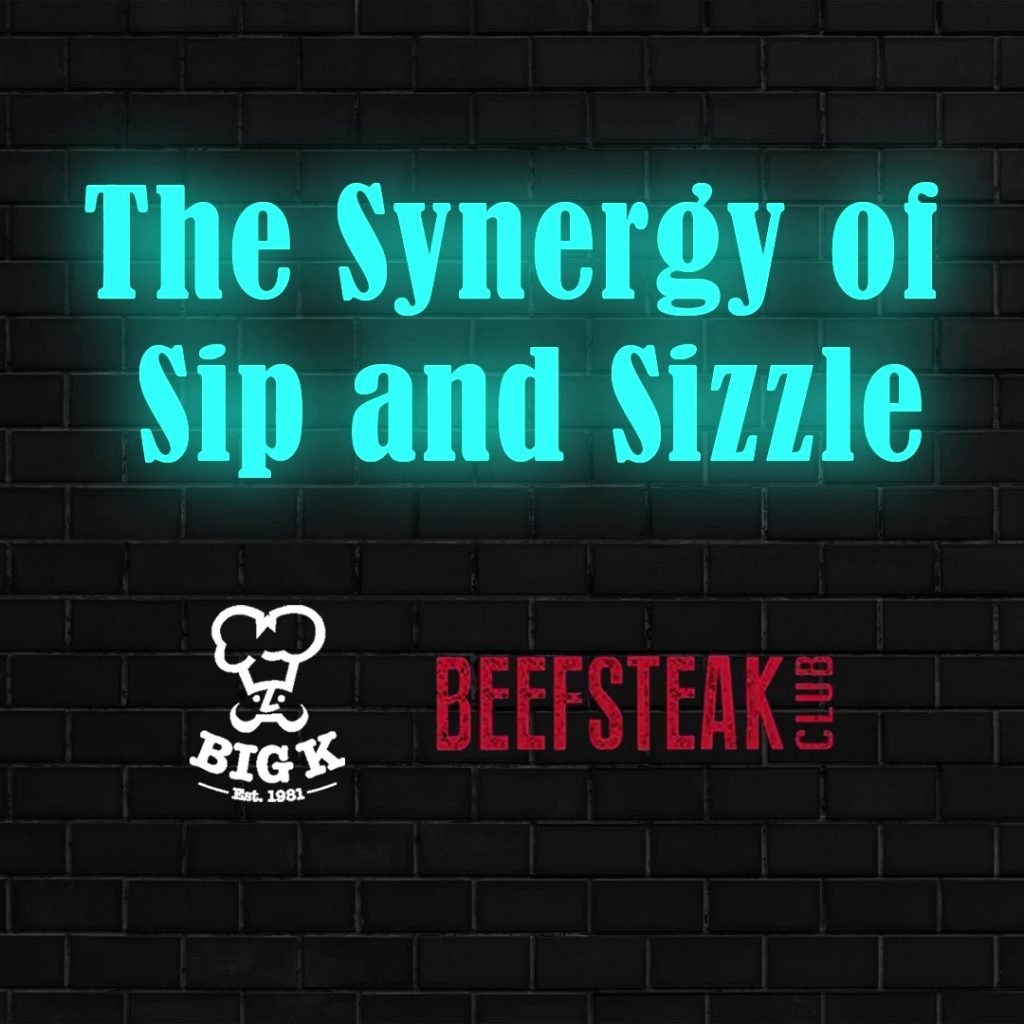 In life there are certain things that go together perfectly. Cocktails and sandy beaches, a lie-in on Sunday morning, steak and red wine: the list goes on. But have you ever stopped to think about why this is the case?  The answer can be found in one simple word – synergy. Don’t worry; we’re not […] 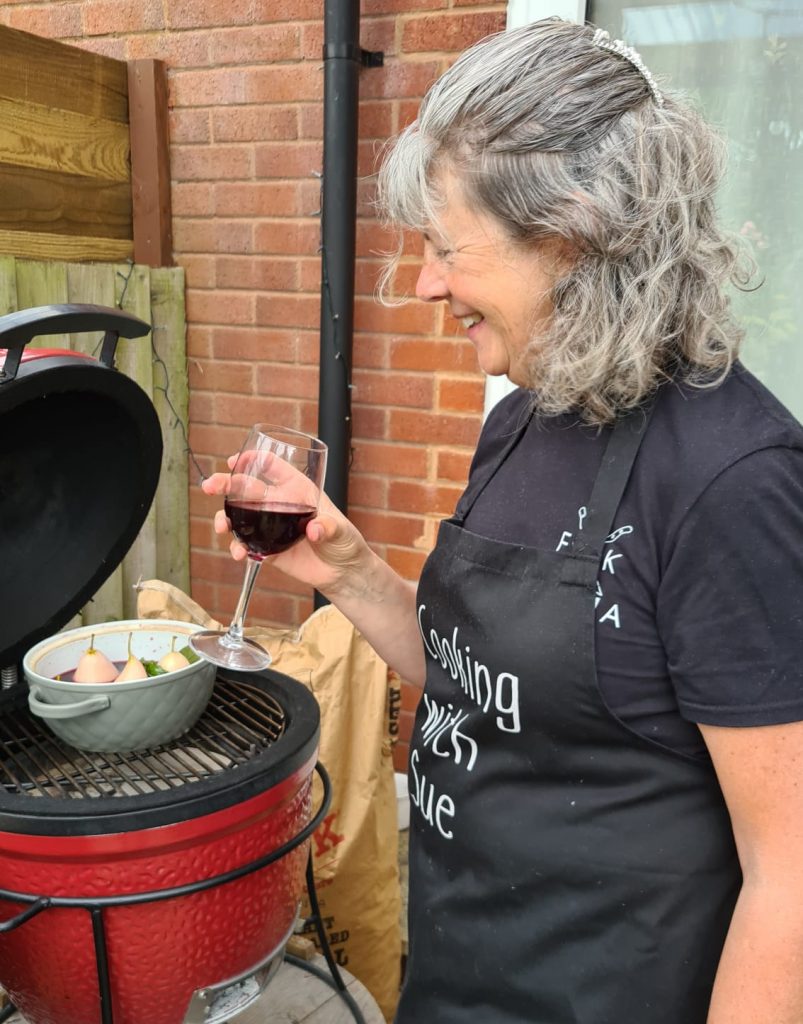 Welcome to the Beefsteak Club X Big K Recipe Roulette! We challenged barbecue influencer Sue Stoneman to create dishes to pair with our Beefsteak Club Cabernet Sauvignon. Sue did not disappoint! Check out the videos below to learn how to barbecue a hearty boeuf bourguignon and delicious poached pear for dessert, perfect for pairing with […] 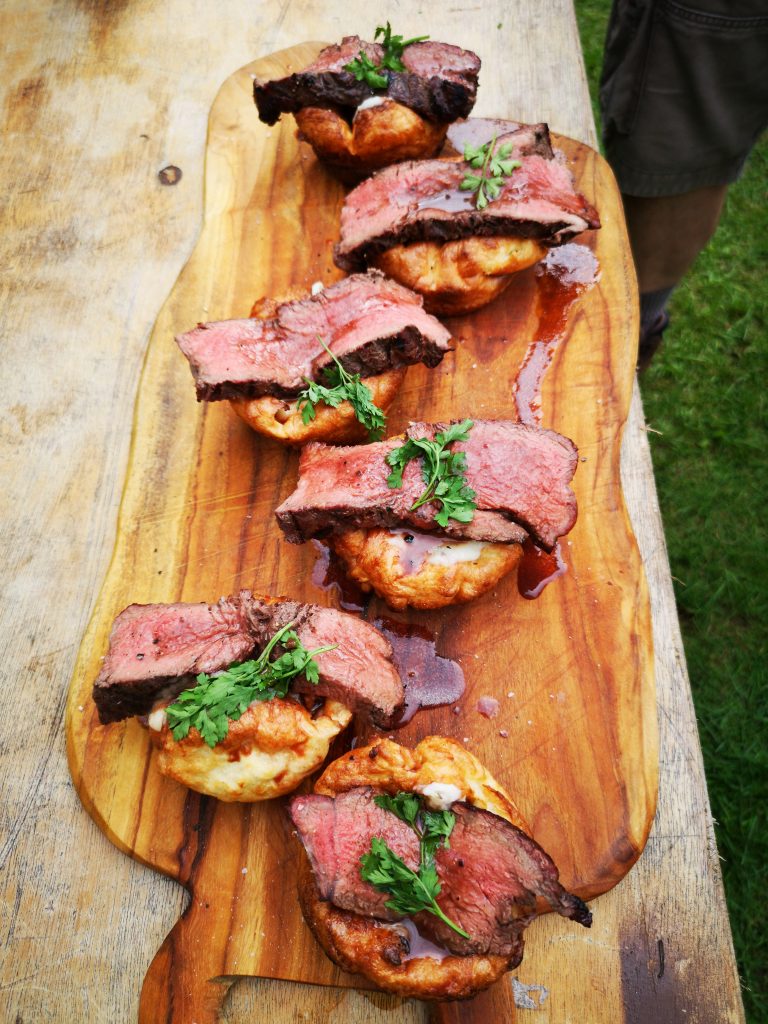 Beefsteak Club was thrilled to sponsor the steak round at the British Open BBQ Championship 2021. The challenge took place at the Smoke & Fire Festival held in Colchester on the 21st and 22nd August. The steaks were high for the fifteen teams that entered the BBQ contest. We gave each a tasty Tomahawk from […] 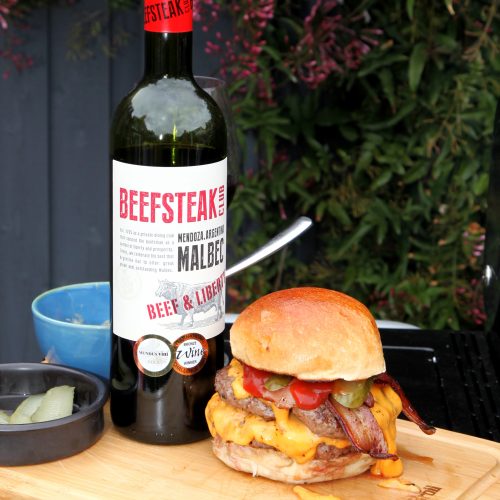 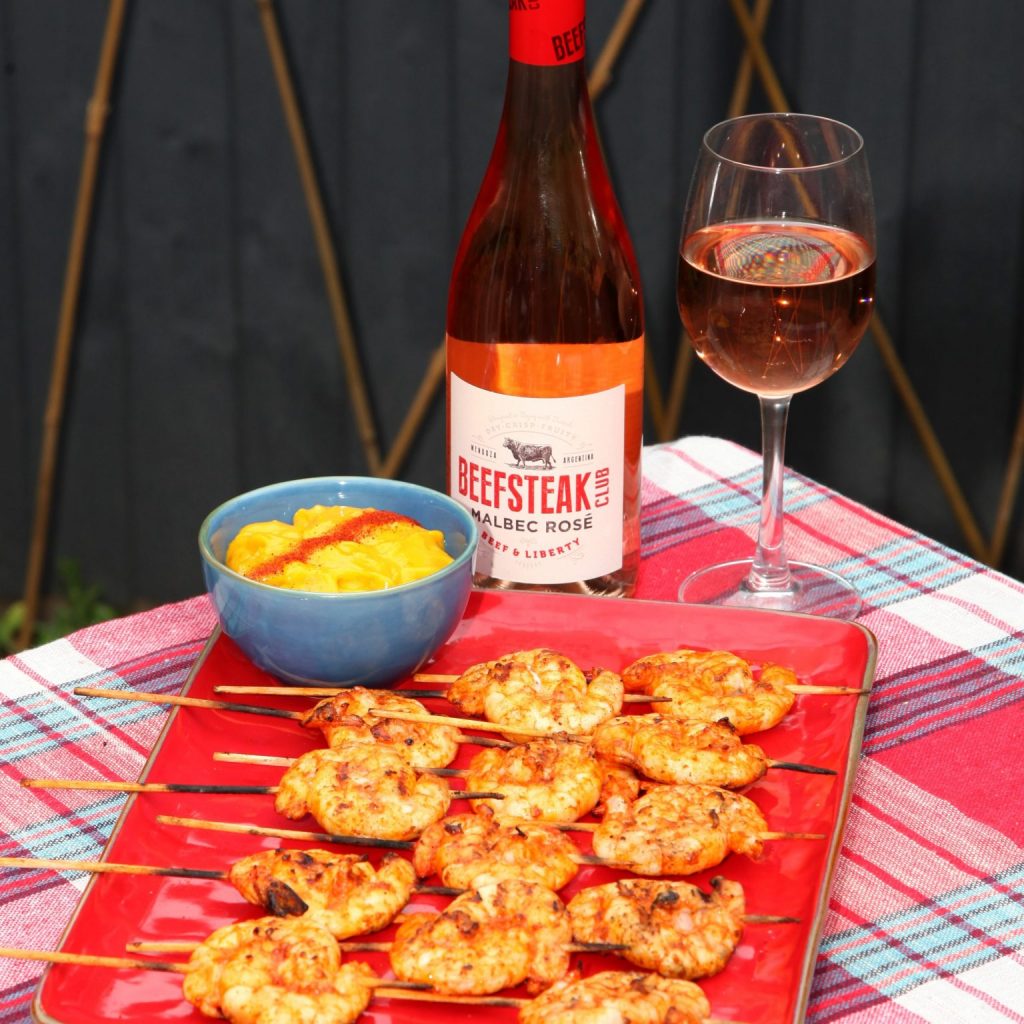 Take your BBQ to the next level with these smoky paprika prawns! They taste even better with a garlicky aioli dip, served with a glass of Beefsteak Club Malbec Rosé. INGREDIENTS: • 24 Prawns • 1 tsp Smoked Paprika • 1 Clove Smoked Garlic Minced • Vegetable or Rapeseed oil • Lemon zest of half […]

Recipes to Beef Up Your BBQ 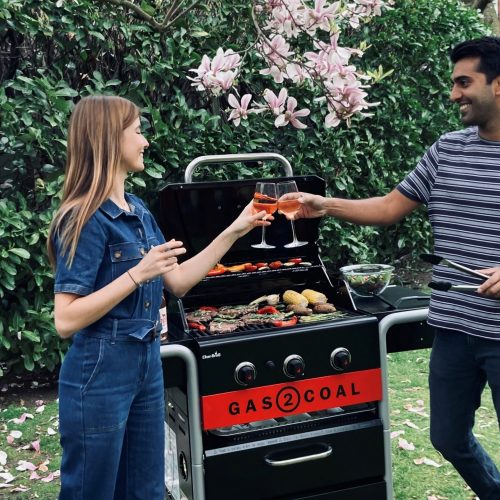 Congratulations to the winners of our #BEEFUPYOURBBQ recipe contest! We joined forces with Char-Broil for chances to win a Gas2Coal 2.0 BBQ and case of Beefsteak Club Malbec. The brief was simple. Create a mouth-watering recipe to pair with our Beefsteak Club Malbec. And the competition was fierce, with heaps of delicious dishes to choose […] 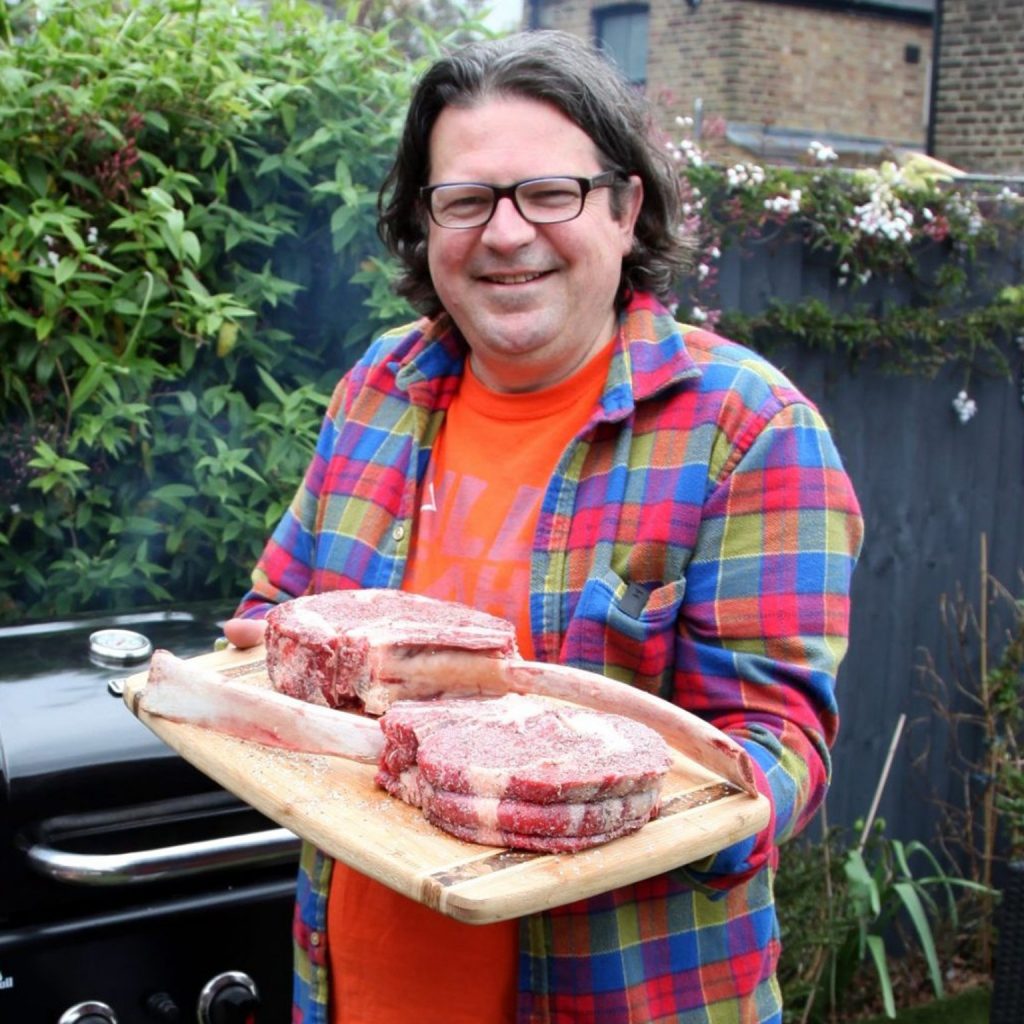 Beef up your BBQ! In this video, Hilary of BBQ Lads cooks up an epic tomahawk steak, reverse-seared for extra juicy results. Drizzled with chimichurri and paired with Beefsteak Club Reserve Malbec for an Argentinian flavour. Full recipe below. INGREDIENTS: Tomahawk steak from your local butcher x 2 (serves up to 4) Salt & Pepper […]

To help beef up Britain’s BBQs this summer, we’re sponsoring the 25th National BBQ week from the 5th – 18th July! Picking the right wine can really take your barbecue to the next level. Check out our food and wine matching tips, as well as fresh recipes, on the National BBQ Week website. As the […] 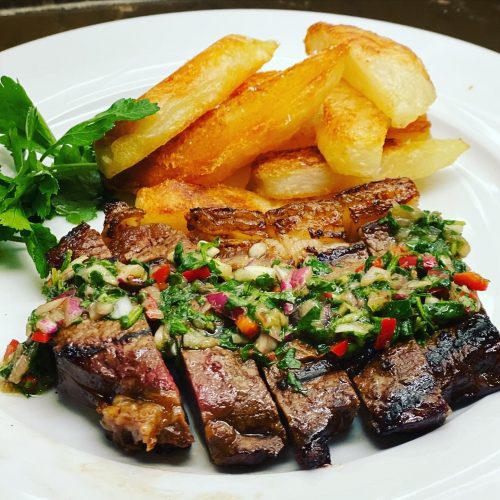 Our friends at Char-Broil barbecues and BBQ Lads have put together some mouthwatering new recipes to pair with our wines. This delicious traditional Argentinian recipe was created to pair with our Mendoza Malbec. We’ll be sharing more recipes to Beef Up Your BBQ over the summer! And don’t forget, if you have a BBQ recipe […] 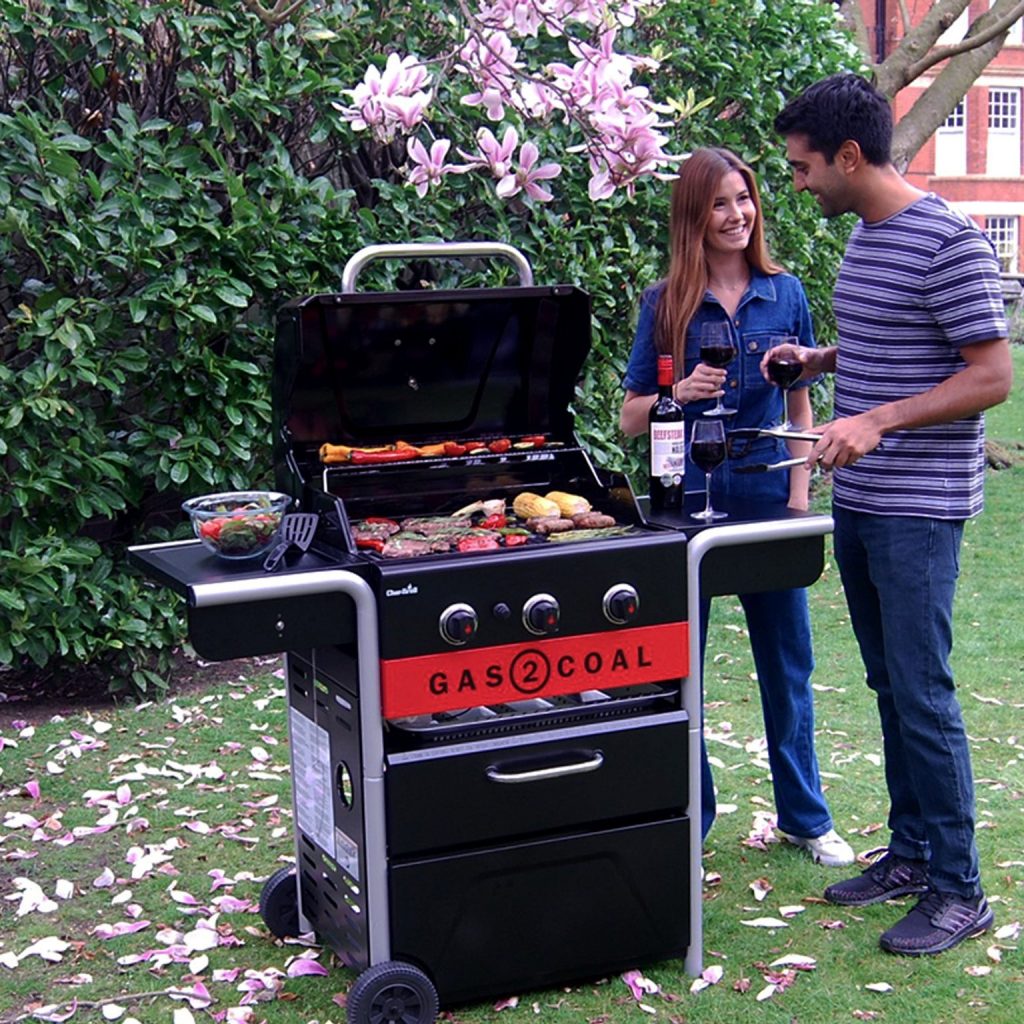 This competition is now closed Looking to #beefupyourbbq this summer? We’ve joined forces with Char-Broil UK to offer creative food and wine lovers the chance to WIN a Gas2Coal grill and a case of Beefsteak Club Malbec! To enter, simply send us the recipe for a tasty BBQ dish designed to pair with Beefsteak Club […]

How to Braai – Top Tips to Become a Braai Master 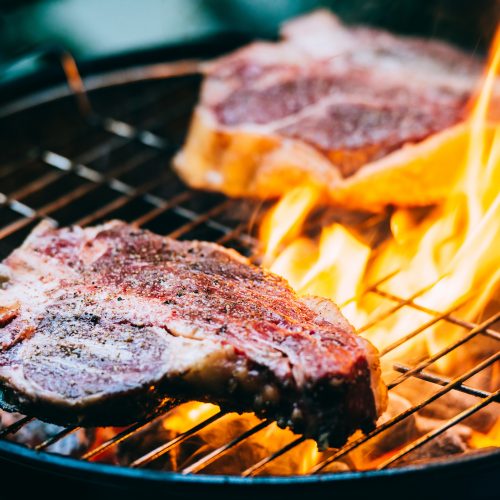 We all love the classic British BBQ – an excuse to catch up with friends (and sometimes family), drink great wine, and eat all the steak our bodies can handle. But where our BBQs are a more laid back affair, South Africans have taken cooking to the next level with the almighty braai – grilling […]

The Dos and Don’ts of the wannabe BBQ Master Chef 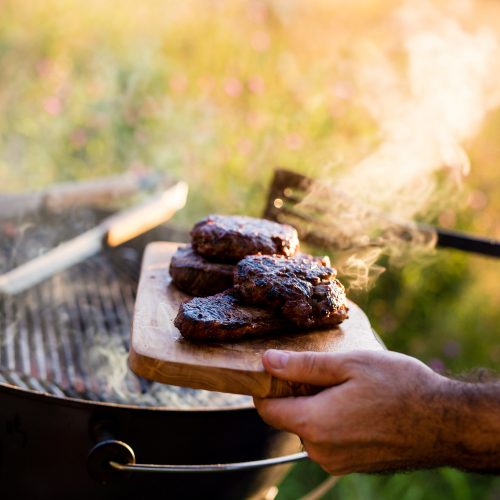 Seems simple enough, but once you’ve been elected head honcho of the grill, there’s a lot…at steak. Check out our fool proof tips to go from amateur to master of meat. DOs Do be a steak snob Set yourself up for success by sourcing high quality cuts from your local butchers. Check out our ‘Meat […]

We use cookies on our website to give you the most relevant experience by remembering your preferences and repeat visits. By clicking “Accept All”, you consent to the use of ALL the cookies. However, you may visit "Cookie Settings" to provide a controlled consent.
Cookie SettingsAccept All
Manage consent

This website uses cookies to improve your experience while you navigate through the website. Out of these, the cookies that are categorized as necessary are stored on your browser as they are essential for the working of basic functionalities of the website. We also use third-party cookies that help us analyze and understand how you use this website. These cookies will be stored in your browser only with your consent. You also have the option to opt-out of these cookies. But opting out of some of these cookies may affect your browsing experience.
Necessary Always Enabled
Necessary cookies are absolutely essential for the website to function properly. These cookies ensure basic functionalities and security features of the website, anonymously.
Functional
Functional cookies help to perform certain functionalities like sharing the content of the website on social media platforms, collect feedbacks, and other third-party features.
Performance
Performance cookies are used to understand and analyze the key performance indexes of the website which helps in delivering a better user experience for the visitors.
Analytics
Analytical cookies are used to understand how visitors interact with the website. These cookies help provide information on metrics the number of visitors, bounce rate, traffic source, etc.
Advertisement
Advertisement cookies are used to provide visitors with relevant ads and marketing campaigns. These cookies track visitors across websites and collect information to provide customized ads.
Others
Other uncategorized cookies are those that are being analyzed and have not been classified into a category as yet.
SAVE & ACCEPT

HOW YOUNG ARE YOU?

Please confirm you are of legal drinking age before accessing this site.