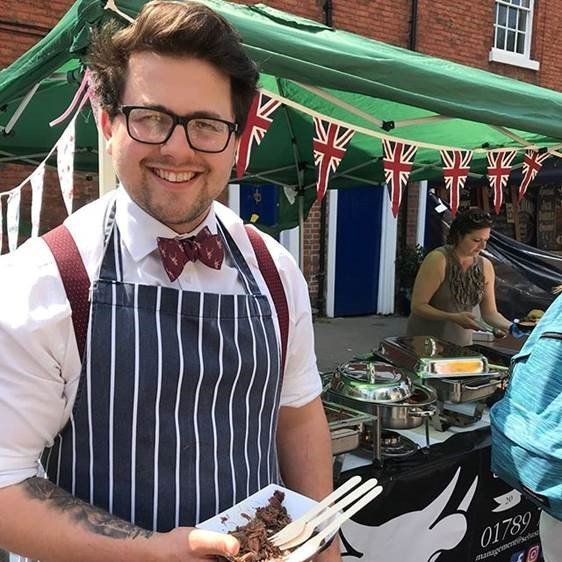 Top Tips from Sebastian the Butcher

Sebastian’s Butchery is a lovely local independent butcher’s shop based in Bidford-on-Avon in Warwickshire. We’ve been in in touch with owner Sebastian, who is passionate about sourcing quality British meat, for his top tips on wine pairing and cooking the perfect steak.

So Sebastian, how did you get into butchery?

I graduated with a degree in History in 2014. From 2013-2014 I became fascinated with food after watching Dan Barber on Chef’s Table on Netflix. From there I got to do a bit of work on my Uncle’s farm over the summer and my love of farming and the whole ‘farm to fork’ approach to food drew me in. This led to a permanent job on a farm, and eventually progressing into their butchery.

I looked into Master’s courses in farming and applied for an MBA in Advanced Farm Management at the Royal Agricultural University. They required two years’ experience and I figured out that farming or working as a chef wasn’t for me. My love of butchery became more and more apparent, so I put myself to the graft of learning.

I have now been a butcher for a total of three years, and opened my own butcher’s shop in August 2017.

Which cuts of meat would you recommend pairing with the different Beefsteak Club wines?

Malbec is suited to leaner cuts due its softer notes, so I would say a rare bavette or a rare-medium Sirloin would be fitting. Perhaps even a Rump Pave steak.

Tempranillo, a classic Spanish wine! I’m going to throw a curve ball and say that I love a gorgeous burger with my Tempranillo, something I often ate over the summer months! Don’t overcomplicate the burger, let the fat be the flavour with a little salt and pepper and allow the sharper red wine do its thing with the fat.

Shiraz, I’m going to pair this with gamier meats, but something I have been experimenting with lately is goat which I find a classic Shiraz to go well with.

What’s your best advice for cooking a tasty steak?

Season well using salt and pepper after allowing the meat to come to room temperature.

Bring a cast iron pan to good heat and add salted butter, cold-pressed rapeseed oil (to prevent the butter burning), add crushed garlic, rosemary and thyme and move it around a little bit.

If we’re cooking a nice lean piece, slow introduce it to the pan allowing it a couple of minutes each side, and then roll the edges to seal it.

Fattier meat would require less fats such as butter and rapeseed oil, and would require us to first cook the steak on its fat for a couple of minutes.

REST it for as long as you cooked it and then slice AGAINST the grain breaking up any last fibres for truly melt in the mouth steaks.

Facebook
Twitter
LinkedIn
PrevPreviousSimon the Butcher on the Perfect Steak
NextBoeuf et Liberté!Next
We use cookies on our website to give you the most relevant experience by remembering your preferences and repeat visits. By clicking “Accept All”, you consent to the use of ALL the cookies. However, you may visit "Cookie Settings" to provide a controlled consent.
Cookie SettingsAccept All
Manage consent

This website uses cookies to improve your experience while you navigate through the website. Out of these, the cookies that are categorized as necessary are stored on your browser as they are essential for the working of basic functionalities of the website. We also use third-party cookies that help us analyze and understand how you use this website. These cookies will be stored in your browser only with your consent. You also have the option to opt-out of these cookies. But opting out of some of these cookies may affect your browsing experience.
Necessary Always Enabled
Necessary cookies are absolutely essential for the website to function properly. These cookies ensure basic functionalities and security features of the website, anonymously.
Functional
Functional cookies help to perform certain functionalities like sharing the content of the website on social media platforms, collect feedbacks, and other third-party features.
Performance
Performance cookies are used to understand and analyze the key performance indexes of the website which helps in delivering a better user experience for the visitors.
Analytics
Analytical cookies are used to understand how visitors interact with the website. These cookies help provide information on metrics the number of visitors, bounce rate, traffic source, etc.
Advertisement
Advertisement cookies are used to provide visitors with relevant ads and marketing campaigns. These cookies track visitors across websites and collect information to provide customized ads.
Others
Other uncategorized cookies are those that are being analyzed and have not been classified into a category as yet.
SAVE & ACCEPT

HOW YOUNG ARE YOU?

Please confirm you are of legal drinking age before accessing this site.